Was there any basis for an optimistic view of Rome in Livy and Ovid?

Titus Livius Patavinus (59 B.C.-17 A.D.), or Livy, was a Roman historian. Among his works, he wrote a series of accounts on the history of Rome. Which survey a period of about 700 years. Unfortunately, most of these books did not survive. Livy acknowledges the weaknesses in historical writing. He also explains that it is the work of a poet, and not the work of a historian. Without account on ancient events, the historian is required to either leave out detail, or fill in the blanks with what might have happened. Livy’s writings on the history of early Rome provide us with insight, but we cannot rely on them literally.

Publius Ovidius Naso (43 B.C.-17/18 A.D.), also known as Ovid, was a Roman poet who lived during the reign of Augustus. Ovid was banished to the black sea region by Augustus in 8 A.D. Around the same time in 8 A.D., he wrote “The Metamorphoses.” This piece of literature tells the story from the creation, through to-the-death of Julius Caesar (44 B.C.). The central  theme of “The Metamorphoses,” is the change of the gods, and thus the world they were worshiped by. Both of these writers start with the story of creation and provide background. They use this background when they later describe the events that brought Rome to be an important part of Western Civilization.

Livy and Ovid both provided accounts of the origins of Rome. These two accounts are distinct. However, similarities are drawn between the two. It is the same basic story of creation that we are given by the Greek writer, Hesiod, in “Theogony.” They are slightly different, but it’s the same general story line. Following the story of creation, the stories follow different paths. Yet, they both include the idea of the corruption of mankind. “The Metamorphoses” and Livy’s series of books, each displayed different ways of dealing with this corruption of mankind. Although it was not the same series of historical events. They both resulted in establishing hope for the city of Rome.

Livy wrote about the twin brothers Romulus and Remus. Romulus killed Remus, and he reforms with no hesitation to continue to develop Rome. He gives the Roman people a set of laws. He also gives the city hope, and he builds it up. Some of his methods lacked a system of ethical balance. Yet, he was believed to have led the early Romans and build their civilization. Ovid, in comparison, writes about an event that reflects the story of Noah and the flood. The corruption of mankind was so vast that Jupiter sent a flood to wipe mankind from the face of the earth. There were two survivors, Deuclion and Pyrra, who repopulated the earth. They did this by tossing stones over their shoulders that turned into human beings.

In conclusion, the basis for an optimistic view, in both stories, is hope. Hope that the corruption will be demolished. These people had motivation to build a city, and they did. Hope for relief is a powerful motivation in the mind of man. Hope is not a fools errand, for it changes the lives of man. 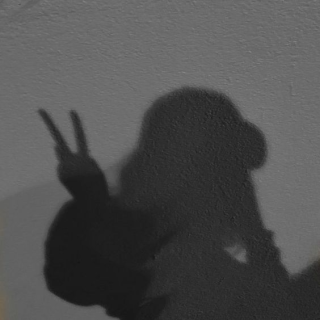 My name is Zola. Although you can call me Z, ZBells, Gorgonzola, or Dorkzilla. It doesn’t matter, go wild! I’m a Grungy/Dorky female that updates their blog on-and-off with weekly articles. I also tend to go a little wild and share random things that I'm passionate about~ I have an anime-foundation art-style & am absolutely addicted to music. I do a little singing on the side, do a little writing here-n-there, and love to read*༓☾